Last year we released the PC-version of our timer-software CueTimer. Now we have also released a Mac-version which can be downloaded here.

Why mac-version?
I have worked several years as a freelance audio and AV-engineer, and my experience has been that it is very convenient to rely on software that can run on both PC and Mac. People have different preferences, and you just never know what kind of hardware you will end up with. By having both mac and pc versions available we think that CueTimer will fit most events where you need a timer and a countdown-clock.

About this version
For those already familiar with the PC-version, this Mac-version will be easy to understand. But because we had to build this version from scratch, we also took the opportunity to make some slight improvements.

This is the main user-interface. One difference from the current PC-version is that all the buttons are placed in one tab, which makes them more accessible. (We will probably also change this in the PC version too in the near future. )
More info about how to use the Mac-version can be found in the user-guide.

All new features are found both in PC and Mac-version

CueTimer is now fully compatible with Companion software. By using the CueTimer module you can execute the most important commands using the local Lan-network. And the main timer can also be seen on a browser in the network or a Streamdeck-device. 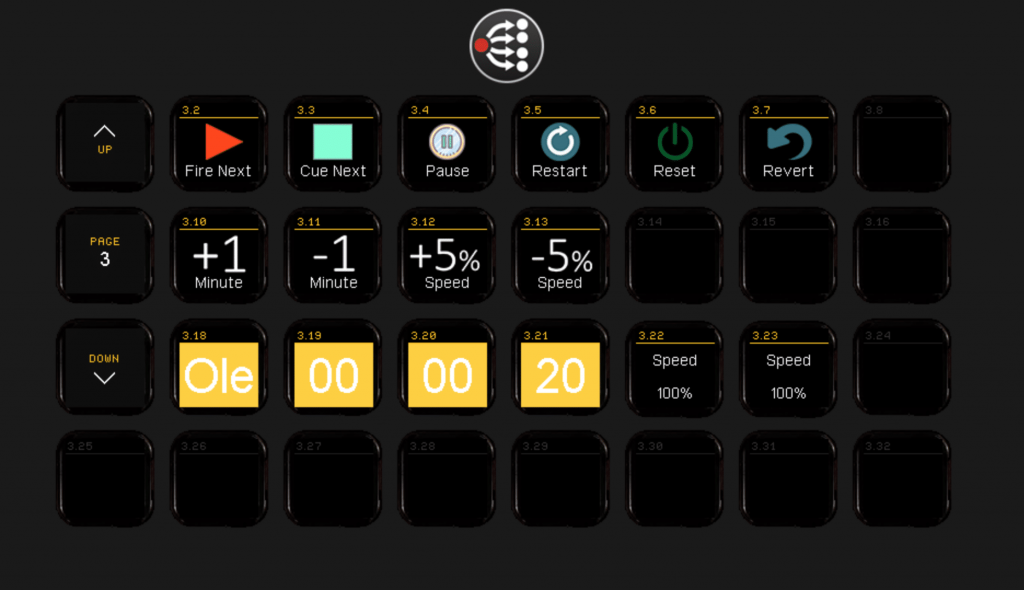 The CueTimer module can be found in Companion v. 2.2 and above. Read more about Companion here.

This release is just a stepping-stone for us. Behind the scenes we are hard working with version 2 of CueTimer which will connect this application to the internet.

From our web-server you will be able to watch the counter on any browser. The browser-window will look very similar to the current local monitor-output with automatic scaling so it looks good on all browsers including smartphones
We will also include a  Schedule-view where you can see a list of future timers.

Our goal with version 2 is that CueTimer will be the new industry-standard for counter-software on both physical and digital events in the post-Covid world.

The same license can be used on both PC and Mac versions. (similar to our other software APS) The license is also future compatible with v.2 when that is released.
Link to store